Few Months back i was researching on Hash for Similarity Detection, this blog post is the outcome of that.

Hashing or Hash Function as described on Wiki is any Function which maps data of arbitrary size to data of fixed size. Hashing is used almost everywhere with different purposes. It is used in Network Data Transfer, Authentication, Protecting Data, De-Duplication, Data Integrity, Text/Document Similarity and so on.

Mostly hashes are distinguished into 2 groups:

Cryptographic Hashes are one way non-reversible hashes mainly used in security applications. The message once encoded into hash cannot be reverse engineered back to the message except by some brute-force method which is time consuming and difficult.

Non-Cryptographic Hashes on the other hand are mainly used for Data Integrity(CRC, Checksums) or Data Similarity. It is used to check whether 2 files (one on the server and other downloaded) are exactly the same, used in Antivirus Application, Spam Detection etc. Non cryptographic hashes are also used in computer forensics for detecting Similar information, we’ll speak more about this in this blog post.

Here is a Wiki List for all the Cryptographic/Non Cryptographic Hash Functions/ Algorithm. What doesn’t seem to be mentioned in the wiki list are hash Functions/Algorithms concentrated on detection of Data Similarity. Often in the Digital Forensic Investigation there is need to detect Similar files, first most prominent Algorithm ssdeep was out in 2006 which then led to many other whitepapers and algorithms and terms like “context-triggered piecewise hashing (CTPH)”, “fuzzy hashing”, “similarity hashing” were coined. Following are some few which are quite known in the Computer Forensic world.

The most prominent ones used for Data Similarity Detection are:

sdhash has a disadvantage that the hash size goes on increasing with the input file size. hence ssdeep looks to be the better one. Following are some other algorithms to consider:

>> And many others TLSH, MinHash, SimHash… etc do exist.

Its been a long time since a post, i thought I’d just add a simple one from my past experiences. In some distant past some of my friends use to approach me for help to get rid of some nasty viruses/malwares on their laptops/desktops. In some case the virus/malware was installed automatically while browsing a website, installed malware/virus software was a antivirus software and the antivirus screen would pop up again and again claiming there is a virus on the machine and there needs to be a payment made to remove it. Another case i remember was that there were some strange files getting created automatically in each folder and it would keep on creating the files till the disk space is full.

Best solution to this Virus/Malware problem is Format and Reinstall and make your self a new fresh machine. But there are cases where you need NOT do that.

Following are some basic steps to get rid of some simple viruses installed automatically on your Windows machine.

>> First thing you want to do is disconnect your laptop from internet. Put off your WiFi, remove the LAN cable. Just isolate the machine from internet.

>> Then try to find the process which is running in the background or foreground using Task Manager. OR you can use Process Explorer (https://docs.microsoft.com/en-us/sysinternals/downloads/process-explorer). Process Explorer has a drag utility which you can drag onto a window and it shows you the corresponding process.Try to look for some suspicious process names and check if its genuine process by google for the process name.

>> When you have found the malicious process. Kill that process. Remove the process from StartUp programs in Process Explorer. Some processes do not get killed unless you first kill explorer.exe.

>> After killing the process. Find the path where the Program got installed, generally in C:/Progam Files, delete the malware program folder, if it does not delete force delete it.

> Many viruses dont stop even after killing, they reappear again and again. Boot your Windows machine in Safe Mode without Networking and then do the above steps, it should work. Safe Mode can be reached on most machine by pressing F8 on your machine Bootup.

After having a clean machine, Please consider installing a good Antivirus (Not a free one) for all your devices. I have had cases where the machine had Avast or AVG free version and still there was some malware/virus installed automatically. I feel money spent on antivirus software does pay off in most of the cases. Unless you are unlucky to get attacked before antivirus companies reach to it.

Problem Definition: After installing “Docker for Windows” on Windows 10 Professional box, when you type any docker command or lets say for eg. docker ps, you get following error:

And in the log.txt located in “C:\Users\UserName\AppData\Local\Docker\log.txt” you get a warning like following:

Solution: you need to delete all DOCKER_* environment variables from your machine. Which needs to be done in 2 steps:

Now Close and Open Powershell again and now run docker ps it will work fine without any Certificate Error.

Petya attack is In Progress

Just received a security advisory from Trend Micro about a Ransomware attack in progress which is said to be a variant of Petya. 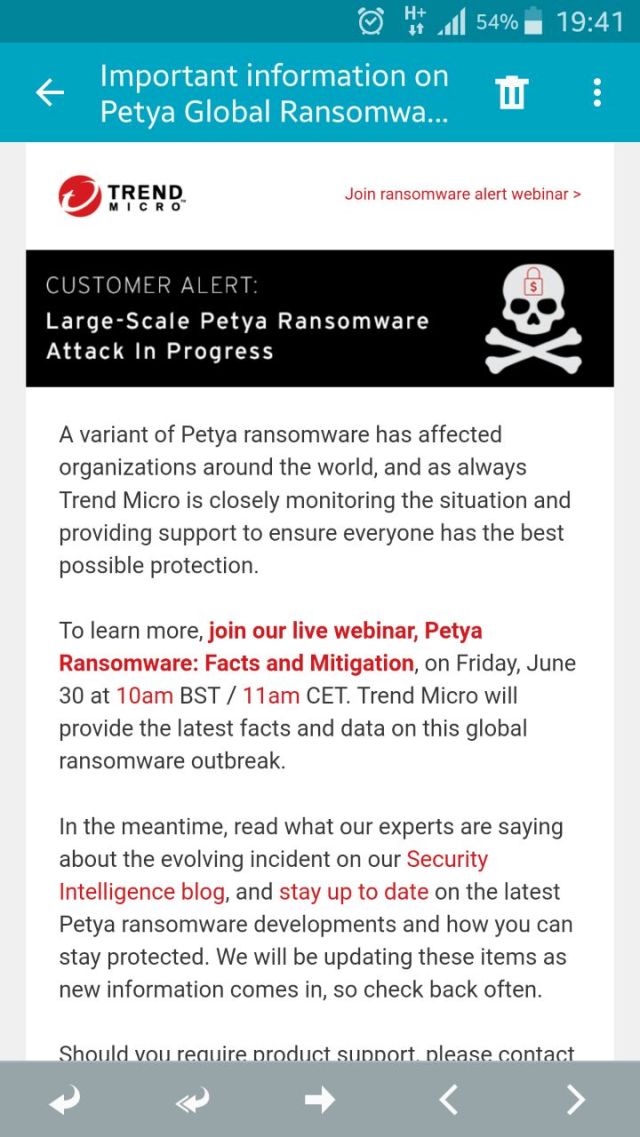 Guys, Please update all your devices as a first step!

Reduce JPEG size up to 35% with Guetzli

Google has recently open sourced a JPEG encoder which reduces a uncompressed JPEG image up to 35% of its file size. Check it out on Github: https://github.com/google/guetzli/.

This means less bytes transmitted over the wire!!!

Part of Books from My Collection 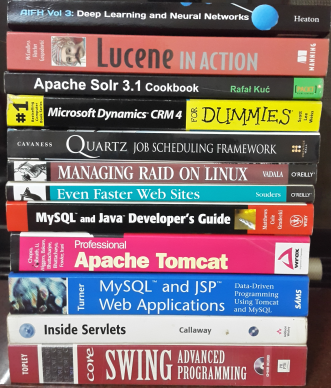 There has been a steep increase in the research in recent days on AI and related technologies/techniques. Another spike of trends in adoption of Neural Networks, now Deep Neural Networks. The recent launch of Allo by Google seems to be an outcome of that.

Allo is a any other chat app like whatsapp but an addition of Google (AI) Assistant which answers your questions, sets reminders for you, searches for places around you based on where u r located and much more. For some questions though which it does not have answers gives the top best google search result. It also comes with another feature of predicting a response to a chat message. But i personally find it a nice handy app to set a quick reminder or lets say, tell it to give me weather forecast every morning at 10 and it does it as commanded. ALLO!

Google had open sourced gRPC a Binary Remote Procedure Call Framework in 2015 and recently there was a 1.0 release of the new RPC framework which uses latest HTTP/2 and also uses Protocol Buffers v3.0 which is the latest release of Binary Serialization Protocol.

In the FAQs on grpc.io there is a mention that we still cant use it in browsers

But it is being currently used in mobile clients to communicate efficiently with servers/cloud servers.

DROWN is a serious vulnerability that affects HTTPS and other services that rely on SSL and TLS, some of the essential cryptographic protocols for Internet security. DROWN allows attackers to break the encryption and read or steal sensitive communications, including passwords, credit card numbers, trade secrets, or financial data. Our measurements indicate 33% of all HTTPS servers are vulnerable to the attack.